A new option called "Rendering tile multiplier" was added under Rendering preferences. It can adjust the size of rendering tiles (tiles are portions of canvas area that are calculated in one go). Rendering larger areas with complex content at once requires more computational time, but modern computers come with powerful hardware and many should be up to the task.

The new default value makes your screen consist of about four tiles that are rendered independently if you're not using a hidpi screen (which requires more tiles). A more detailed explanation is available here. 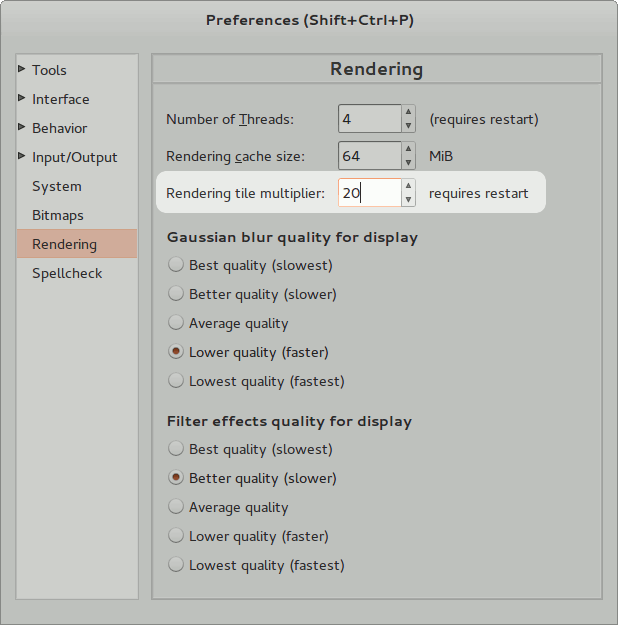