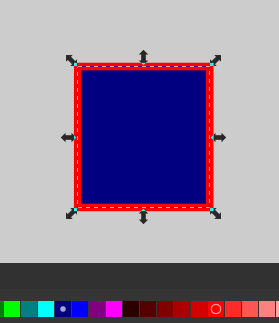 Color palettes have indicator color of stroke and fill of selected object. The first 4 colors are pinned and have the ability to become larger than the rest. Other than the special "none" color, the remaining 3 can be customized by editing the file palettes/default-fixed-colors.gpl.

You can copy and paste object from one page to another. Edit > Specials Paste > Paste on page

An option was added in Settings > Interface > Toolbars to show the detailed snapping options permanently in a dedicated toolbar, similar to Inkscape version 1.1 and earlier. 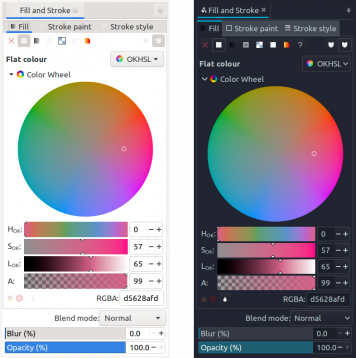 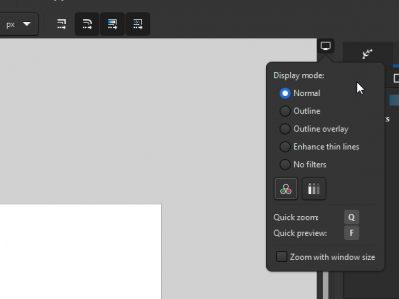 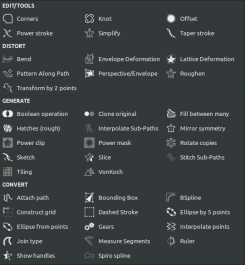 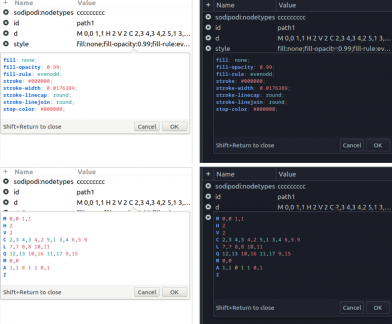 You can drag and drop symbols on canvas and they are going to be place exactly where you dropped them. New icon "peace". Improved performance . Add visio modern formats vssx and vsdx. Symbols are load once, not in each window

?Added new parameter --active-window / -q that run all commands to the active desktop