Some of this already exists : see the great projects currently under developpement!

This second example is about lpe output: alowing full svg data would widely enlarge the range of possibilities, for instance deforming colorfull objects (notice this already possible using lpe on groups!!), or interpolate between styles at the same time as shapes.

Steren : A team of french students is currently implementing this, see LPE_stacking. 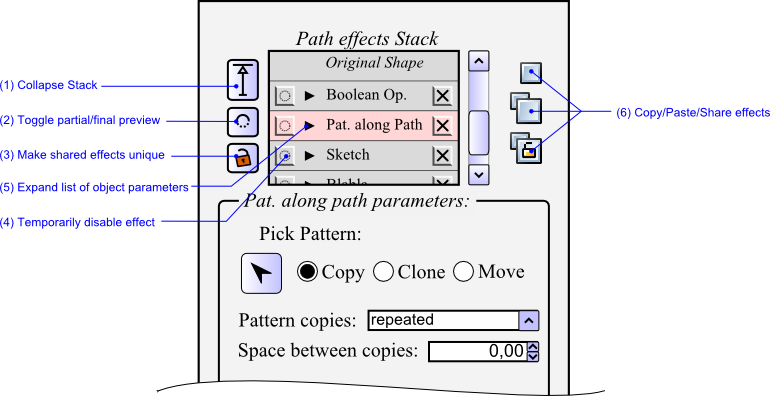 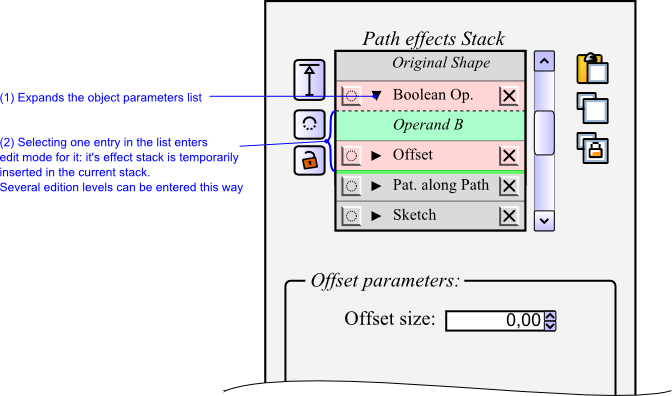 A first version of a perspective LPE has been in SVN for a while now, although it still lacks a lot of interactivity. This will be improved after this year's Summer of Code when LPEs will be a lot better integrated (e.g., when handle management is added). (Max, 08 June 2008)

Adds a bevel to an object. Some of the options could be:

The bevel should be simulated with multiples facets, each one having a varying shade of light according to light parameters and the object's own color. The extension and light position should be editable on canvas. I will try to do a full fledged blueprint on the following days.