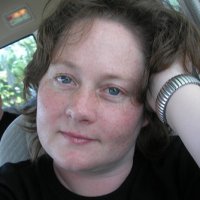 I think Inkscape is absolutely brilliant. It is easily my favourite open source application. Years ago, I tried using Illustrator and found it really difficult to get into, where as Inkscape is very easy to learn. One of the great things is the community around Inkscape. The developers are friendly and responsive, and there's a whole bunch of people making screencasts, tutorials and HowTos. I can't remember when I first heard about Inkscape, but it was Andy Fitzsimon's tutorial at linux.conf.au in 2006 that really opened my eyes to what it can do, and I've been hooked ever since. 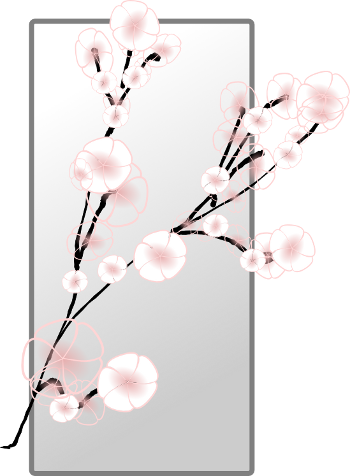 I then converted the shape to a path, and added and deleted paths to get the overlapping petals effect, and fiddled with the end nodes a little to clean up the edges. Finish up modifying the colour and gradient of both the fill and the stroke.

I made a screencast of creating the blossom and popped it on youtube! http://www.youtube.com/watch?v=GNdl4FJR-NI