The current tile interface is hard to use. The current proposal for Symmetry and Tiles tool seeks to expand upon its uses while proposing an interface that is easy to use. This proposal proposes 4 modes or sub-tools:

Applying any Symmetry or Tile results in the following behaviour:

By default, all tiles generated are clones of the original. 3 actions are available to the generated clones: 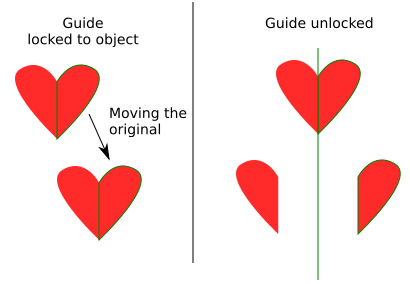 Guide visibility can be toggled on and off, so the user can edit the original object with other tools with the guide is still visible.

Available transformations depend on the guide type: 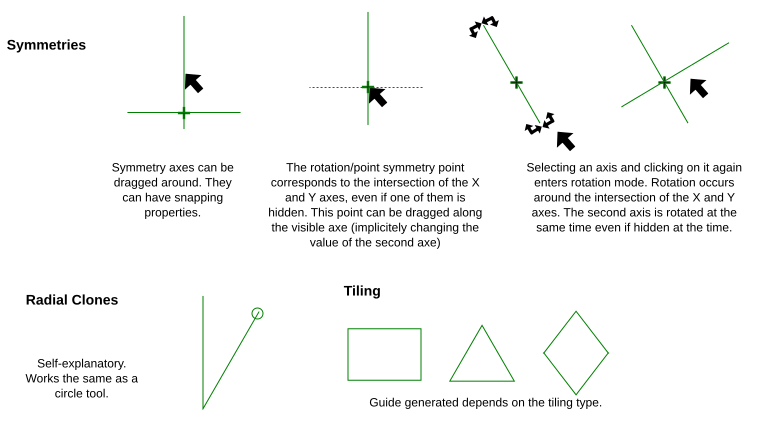 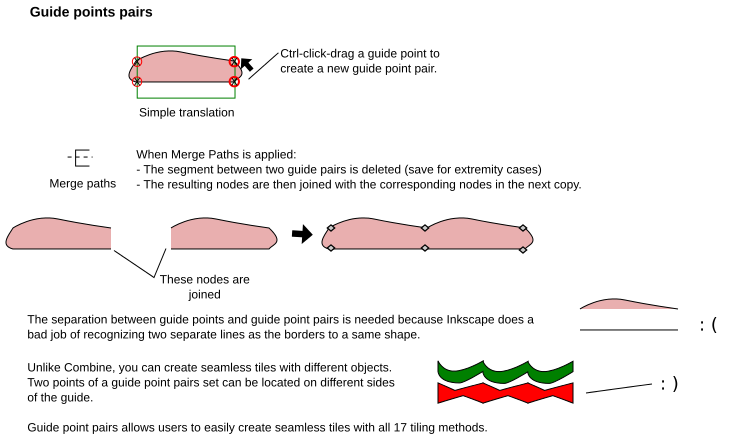 The "Dynamics" button opens up a separate dialogue with transformation options corresponding to the current tiling interface. Major differences are:

Originally I pondered whether presets should be located at the "Advanced" level or at the top level (i.e. presets include tiling type). But I reason that dynamics such as fading and color hues for example work about the same no matter what tiling type you're using.

Think up an interface for Clone Along Path that allows a more advanced version of Pattern Along Path thanks to using guide points on a basic tile. The main issue is that all the tiles, including the original, gets deformed along the path, so editing the base tile must be done separately.