The current tiling interface is hard to use. The current Tiling Tool proposal attempts to resolve part of that issue through the use of on-canvas guides called “Tiles.” This feature also expands the tiling to radial tiling and line tiling (currently known as Pattern Along Path).

To enter Tile Edit mode, double-click on a tile. Exit by double-clicking elsewhere. The tile can be moved, resized and rotated using just the Transform (F1) tool, just like how rectangles and ellipses can be edited outside of their respective tools. 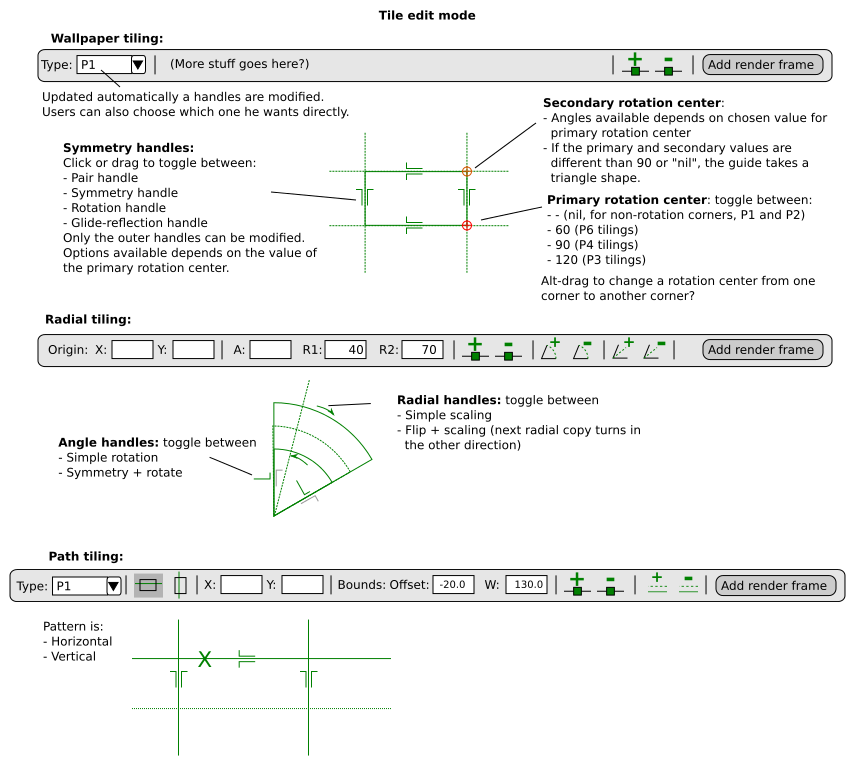 Advanced users can then change the type of the base tile (example: from P1 to P2) in tile edit mode through the use of handles or drop-downs. These handles are not visible nor editable outside the tile edit mode (to avoid getting in the way).

Veronica made a nice list of tiles for wallpapers and corresponding output previews here: 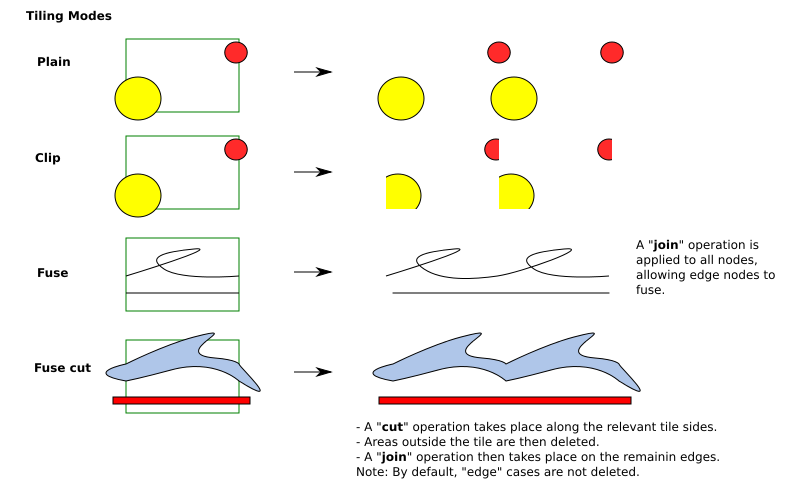 There are 4 modes in the current proposal:

Simple dynamics presets could be accessible from the tiling tool. A separate “Dynamics” panel corresponding to the current tiling operation pops up when choosing the Edit option. Major differences are: 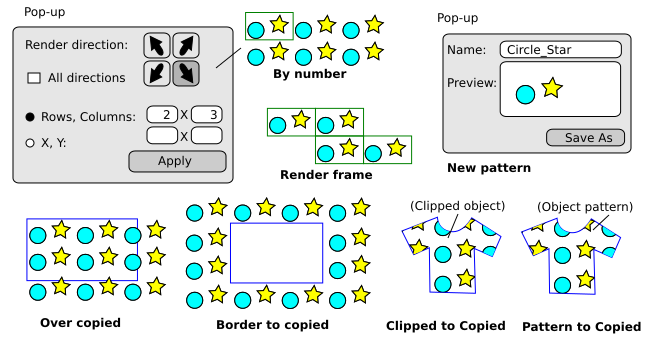 "Target" determines where you render your tiling.

For Tiling along path:

Alternatively, the "target" field could be excluded from the toolbar, and appear as options in a pop-up when clicking "Render."

Opens a Tiling dialogue. From here you can see what options have been applied to an existing tiling, change them and toggle tile stacking. 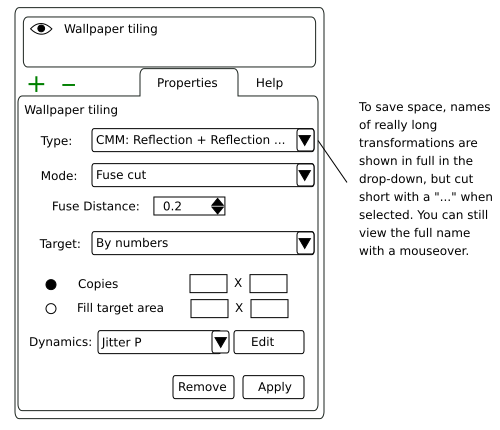 Guide points and other guides

See this javascript program for an approximate idea of how it'd behave. Note: programming-wise, the guide points don't actually do anything, they're just visual references. When Inkscape creates a "Fuse path" tiling, it just joins the nearest nodes. This means you can introduce slight dynamics and still have lines link up, though Inkscape can't guarantee the results in this case. Depending on the guide type, other types of guides are available (parallel lines, arcs etc.)

A render frame is a tiling outline allowing the user to manually choose which frames to render. This is made up of a "central" tile and additional tiles (so when dynamics are applied, they start with the central tile). By default the frame is rendered over the original tile, but is a separate object that can be moved around, rotated and resized.

You can easily stack different tilings!

This proposal contains a lot of features, but it is also very modular, so features can be added separately.