Once I.1. and I.2. are implemented, we'll have a decent tiling tool. I propose also re-arranging the dialogue to make it easier to use: 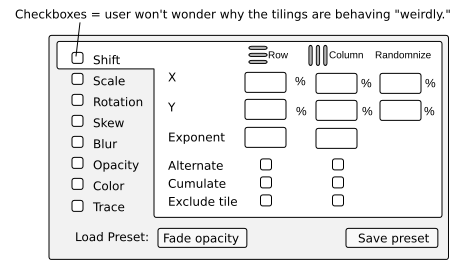 Handles are added to the base tiles, making it possible to switch from one tiling to another.

This may require use the existing dynamics mechanism, and instead serve as a front-end for inputing values.