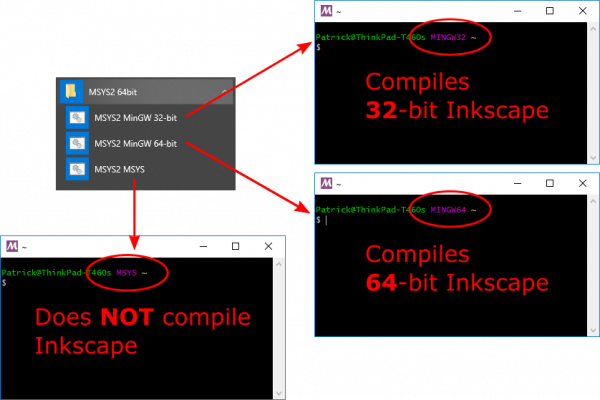 If the MSYS shell does not open, try rebooting.

If you are having trouble updating an existing, older MSYS2 installation, please uninstall MSYS2, remove the C:\msys... directories (remember to back up any data such as your MSYS-home-folder C:\msys...\home\), reboot and then start again.

If neither of the above help, please [report a bug](https://inkscape.org/report) or [ask in chat](https://chat.inkscape.org/channel/team_devel).