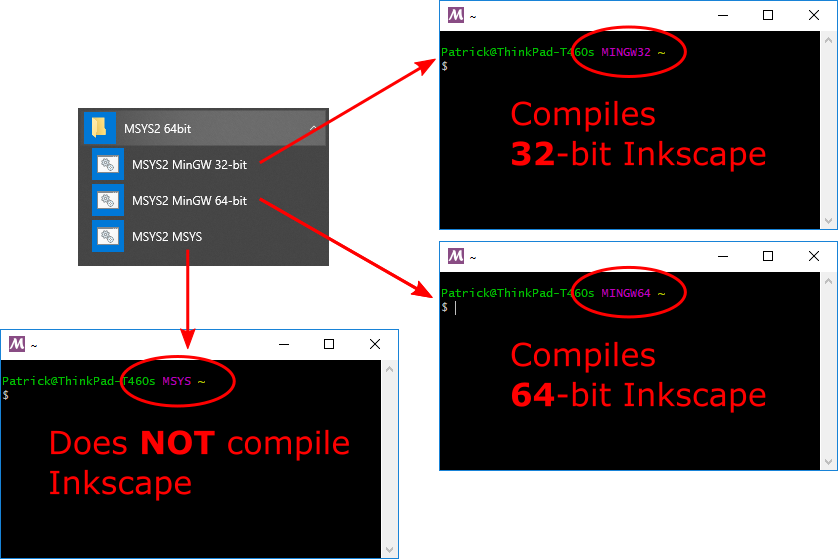 . This command downloads and runs the script msys2installdeps.sh, which will take about 10 minutes. Relax and get a cup of coffee. (Alternatively, you can copy-paste the script into the console or download it, change to the folder containing the file and type ./msys2installdeps.sh. If you already have a copy of the Inkscape source it should also be included in the "buildtools" folder.)