This tool allows "painting" of motifs on the canvas. When clicking and dragging, several copies are scattered following the drawn stroke. Controls to adjust scaling, rotation, color (HSLO) and the randomness (or limits) of each parameter should be made available. The radius of the tool controls the main active zone where the copies will be drawn. The described controls set how the copies vary. The result could be:

The motifs are taken from the clipboard but some default shapes could be provided (like a circle, a square, a snow flake...). Some of the UI elements keep similarities with the Tweak tool. 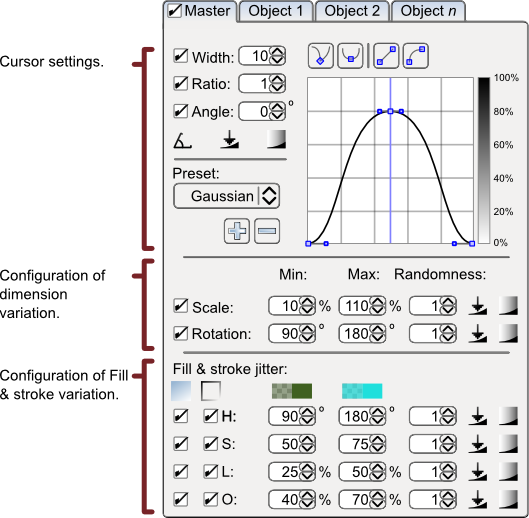 The above settings variation are controlled by:

The radiuses on the first example show one of the possible ways to configure the spraying density: 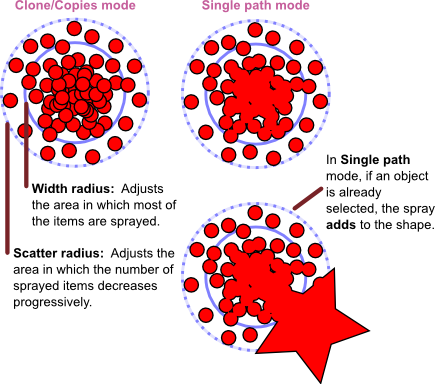 However, a secondary system (which is more powerful) works like this. Note that this example correlates to the UI example proposed by Pajarico above. It uses a curve to adjust the density instead of two radiuses: 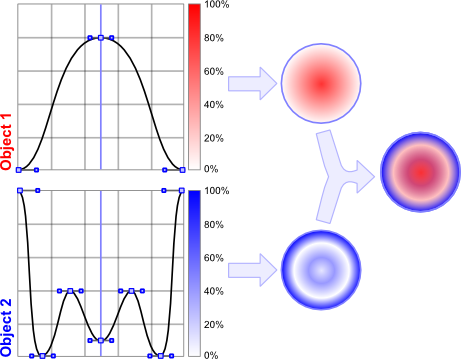 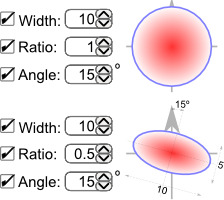 On the following mockup is shown how the limits and randomness work for Hue. Depending on the limits the user gets a different gamma of possible colors; and randomness controls the distribution of the Hue values inside those limits: 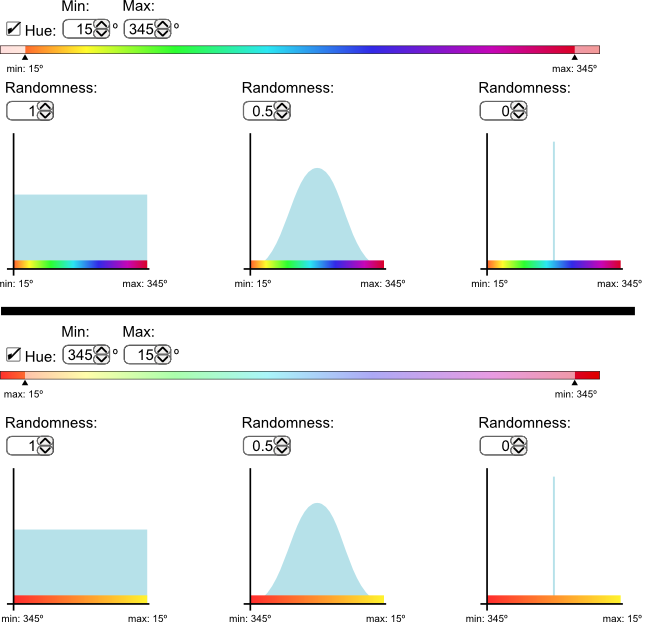