This tool will take two paths, and add nodes to the underlying path wherever it crosses the overlying path.

This tool would be very useful for splitting up drawings and finding centres of regular and irregular geometric objects. This would have applications in technical, mathemtical and artistic drawings.

In terms of implementation, the intersection tool should be implemented alongside current path tools such as "union", but does not require that the path be closed.

With two paths selected, the intersection tool is clicked and a context toolbar appears. Temporary nodes are added to the bott.om-most path at the points of intersection with the overlying path, which can be designated by, perhaps, a circle rather than a diamond/square.

The user then selects the nodes that are wanted, and clicks "Apply" on the toolbar. There should also be a "Select All" button for selecting nodes at every intersection, and a "Select None" for deselecting all nodes.

The illustration below shows the steps involved in finding the intersections of two paths. In this example, the red path is under the blue path, and therefore nodes will be added to the red path. To use the tool, the user selects both curves, but this is not shown. 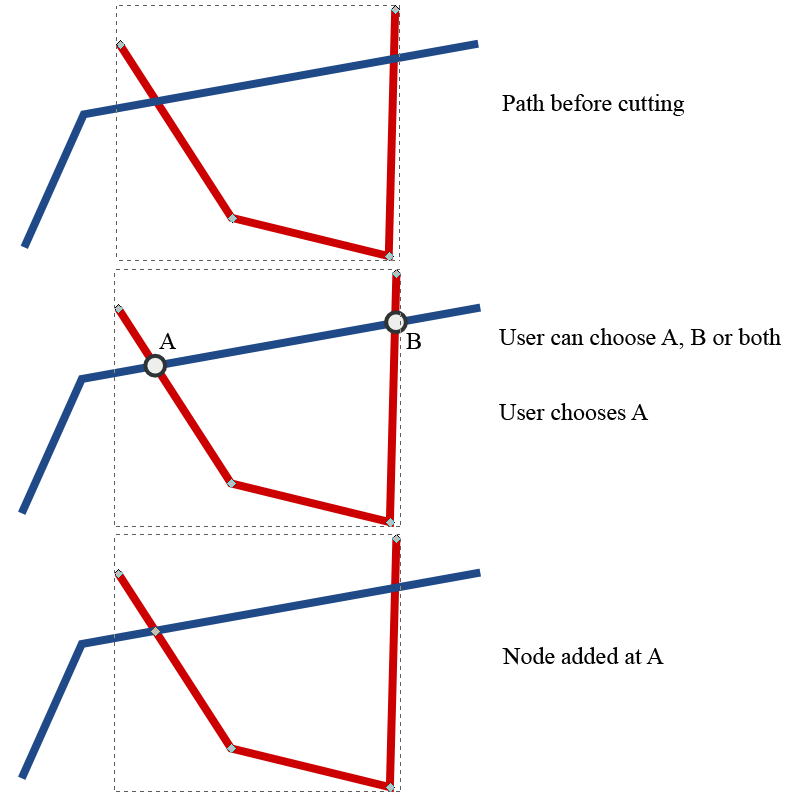 All shapes must be converted to paths before finding the intersections can occur.

See [1]. This is a more refined version of the Cut Curve Tool there (as here you can select the points to cut rather than all of them).